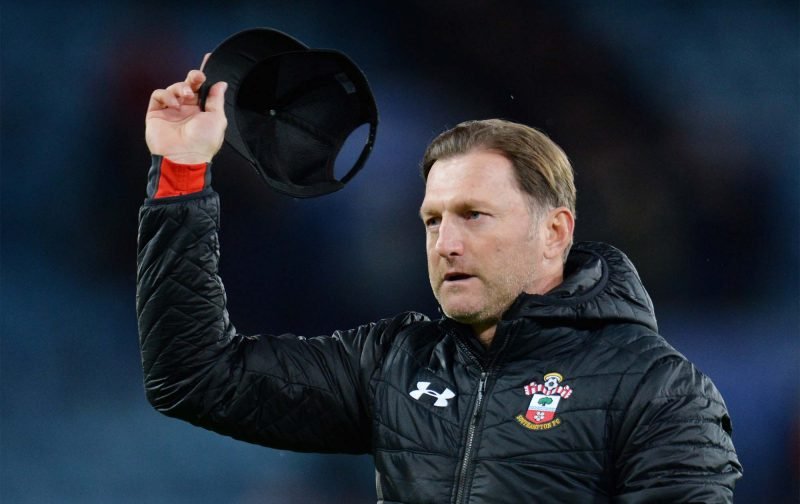 Having restored some pride in the midweek EFL Cup clash against Manchester City, with Southampton only suffering a 3-1 defeat, today’s Premier League action saw us back at the Etihad Stadium for another crack at Pep Guardiola’s boys.

It was a proud defensive display after recent weeks though and everyone was dreaming that we could hold onto the lead as James Ward-Prowse gave us the advantage 13 minutes in and we almost managed it, despite City dominating possession and having 26 chances at goal.

Defensively though, we limited them to only four efforts on target, but sadly inside of the final 20 minutes they made two of them count to take all three points as Sergio Aguero and Kyle Walker made it 2-1.

We simply have to replicate that kind of effort again in the future against sides in and around us, as there were certainly positives on show despite the quality of the opposition.

Speaking to the BBC following the final whistle in the game, manager Ralph Hasenhuttl said.

“Man City tried everything. Going into the game I think we knew that the only way for us to get something was to defend. The problem was their first goal came too early for us to defend for so long. But we fought hard and we all stuck to the game plan. The last few days were really intense for everyone. We have had an amazing fight today and it is unfortunate that we did not get anything out of the game. A team like Man City had problems scoring against us and that is a sign of how we were playing and that is really important that we can take that forward. If we can play like that against one of the best teams in the world we should be able to beat other teams.”