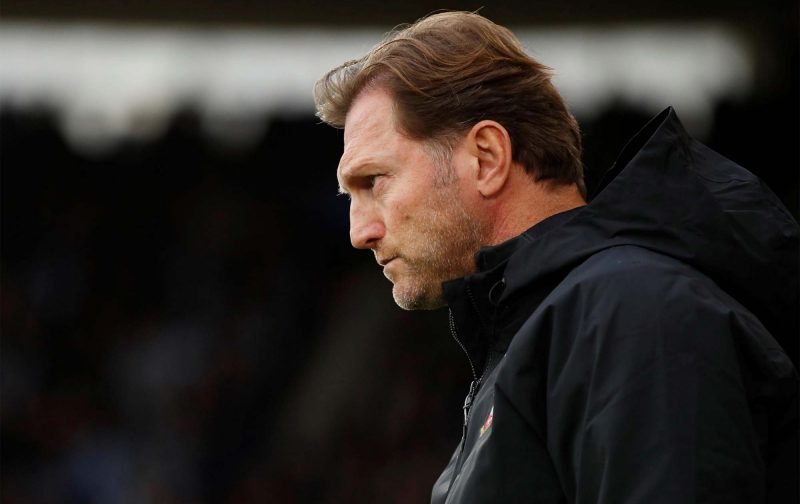 Following on from Friday evening’s embarrassing capitulation to Leicester City at St Mary’s Stadium, Southampton made the arduous trip up to the Etihad Stadium on Tuesday evening for our EFL Cup fourth round clash with Pep Guardiola’s Manchester City side.

Few expected a result, plenty were expecting a performance though.

Some will naturally be disappointed with the 3-1 scoreline even if it wasn’t entirely unexpected, but with a number of changes made, those looking for some fight and spirit possibly saw that given their 77% possession, 19 chances overall, yet we restricted them to only nine on target. It wasn’t fantastic as we had to wait ages before we even tested their goalkeeper, but I think manager Ralph Hasenhuttl will at least be pleased with the reaction and the way we dug in to try and make life difficult for them.

Sometimes that has to be enough.

Speaking to the BBC following the game, our Austrian gaffer said of our efforts on the night.

“It was a defeat but a reaction and after a very, very difficult night on Friday to come here and play against one of the strongest sides on this planet, you can think about easier challenges to have. Always when you come here and you start, and in the first 10 mins you never know what happens. In the first half we were very passive. It is normally not our way to play football but I think it was understandable after the last game. It is a pity that the two goals we conceded in the first half were un-typical for City, a corner or cross is not the way they normally score, or like to score. In the second half you could see that we got a little bit more self confidence, we pressed a little bit higher, had a few good moments and also with the ball we had more calmness, and we showed that we could also play football.”