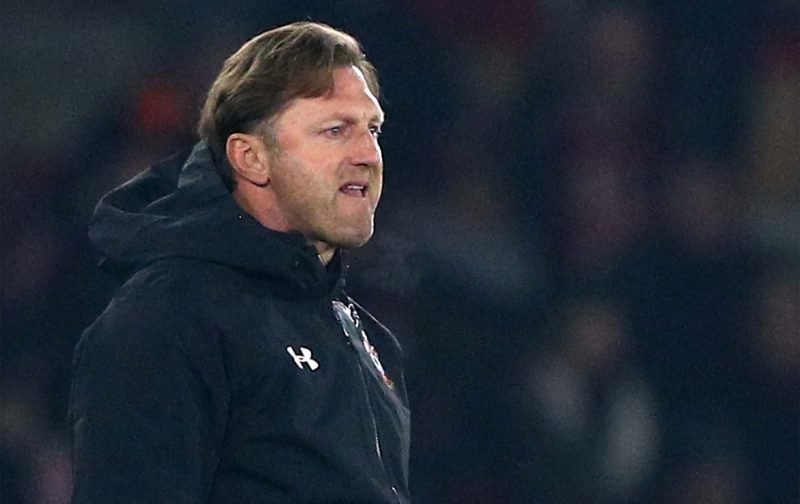 Having drawn a line under our recent defeats, Southampton welcomed Leicester City to St Mary’s Stadium earlier this evening for our next Premier League clash.

Sadly, that’s where the optimism for the game ends.

Leicester had taken the 1-0 advantage ten minutes into the game and with manager Ralph Hasenhuttl praising the Video Assistant Referee technology for working in our favour ahead of the game, someone near Heathrow decided that Ryan Bertrand’s yellow card was deserving of a red two minutes later.

Long story short, reduced to ten men, we were seven goals down as we ticked into the hour mark.

9 – Leicester have recorded the biggest-ever victory by an away side in an English top-flight league match in the 131-year history of the Football League. Supreme. pic.twitter.com/7VXJIYiGiW

Brendan Rodgers’ side added a further two goals after that point, including a 94th minute penalty from Jamie Vardy as he became the second player on the night to register a hattrick – and well, 9-0.

After Ralph’s initial impact on the club I’ve been positive this season despite there being problems, and managers have been sacked for less (or walked) after a result like this, but so many of our players need to look in a mirror. Leicester are in form but they are not Manchester City or Liverpool – the Foundation should be receiving donations tonight as clearly the last week of wages counted for nothing.

“It would be easy to say the red card after 10 minutes was to blame but I think it’s not normal to discuss every goal and every high of the result. I take 100 percent responsibility for this result today and it was no performance from my team this cannot happen in this way. The best thing in the stadium – beside the opposition – were the crowd who stayed in the stadium. How they act is more than we deserve and I apologise for this no performance today. I haven’t seen the red card. The first goal started with a pass back, but I don’t know if it was a red. We made two changes in the second half and tried to last the half without conceding any more goals. We were not committed enough and with how strong Leicester were we just couldn’t defend against it. If you ask me if I’m shocked tonight, with every goal we conceded, what do you think?”