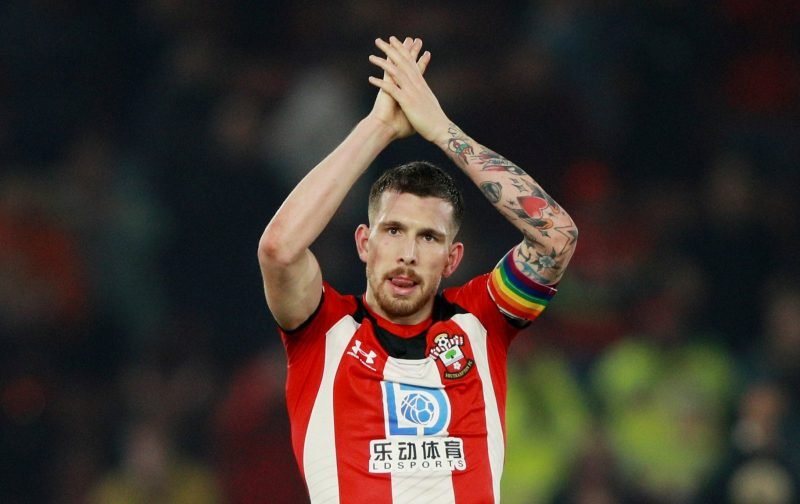 Southampton’s transformation over the past few months has been nothing short of extraordinary, and it could have just saved the club one of their star players.

Ralph Hasenhuttl admitted to The Southern Daily Echo that once his Saints side reach the 36 point mark, he will be sitting down with captain Pierre-Emile Hojbjerg to discuss a new deal with the 24-year-old midfielder, who has proven his worth this season by being one of the club’s most consistent performers, and this goal has added some extra pressure to this weekend when Burnley make the trip down to St. Mary’s.

With the Saints currently sitting on 31 points in the Premier League table, the same as today’s opponents, a win today will not only be another huge step forward in achieving Southampton’s goal to get as far away as possible from the relegation zone, but it will also be one big leap towards reaching the magic number that will see the club begin crucial talks with Hojbjerg.

The January transfer window saw the Danish midfielder linked with several Premier League teams who were interested in signing the Southampton midfielder, with Sky Sports News reporting that Tottenham are keen on adding Hojbjerg to their ranks in the summer should the 24-year-old fail to strike a new deal with the Saints, and this needs to become a priority for the south coast club.

Hojbjerg has been crucial to Southampton’s growth as a club over this season as well as a vital clog to Hasenhuttl’s system the Austrian is trying to develop, and three points today will be another big step in the right direction for the Saints to strike up a new deal for their club captain, who has proven to be a valuable player this campaign.