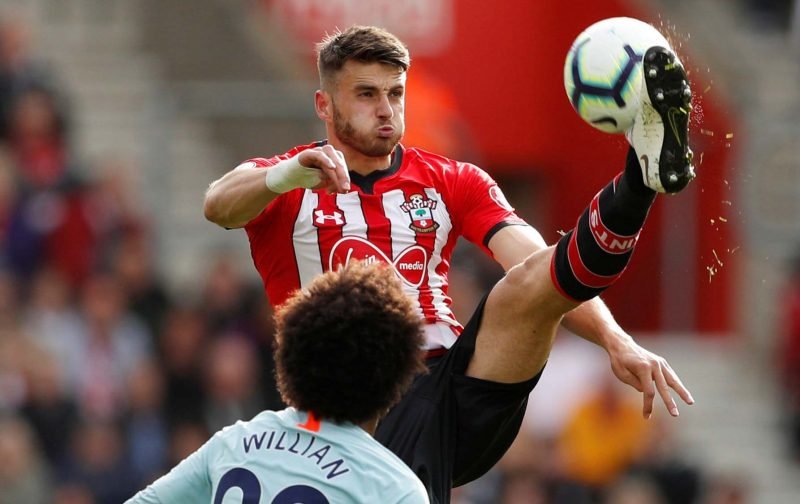 Southampton loanee Wesley Hoedt has slammed former Saints manager Mark Hughes for his unusual tactical choices and training methods when at the club.

Speaking to Dutch outlet Voetbal International, the Dutch international spoke out about Ralph Hasenhuttl’s predecessor at the south coast club and highlighted one game against Manchester City that showed Hughes tactical incompetence at Southampton.

Hughes was a hugely unpopular figure during his time with the Premier League side, where the former Stoke City lasted just eight months in the job before being sacked in December last year with Southampton languishing in 18th place in the league table as reported by BBC Sport.

Hoedt said: “I played twice at the Etihad Stadium. Once, a very good match, (which finished) 2-1 in the 90th minute. (We were) wiped out a second time 6-1. How they walked over us then was not normal.

“We always played with three in the back, but the day before that game, we were told that we had to play like Liverpool: 4-3-3 and with high pressure. Without training, that was not the right choice”

The now Royal Antwerp defender’s words on the former Saints boss prove to be especially damning when you look at Hoedt’s stats at Southampton when Hughes was at the club.

As numbers from Transfermarkt show, the former Lazio centre-back played in all but one Premier League game for the Welsh manager, proving that Hoedt was a player Hughes relied on heavily during their time together on the south coast, unlike how Hasenhuttl has utilised the Dutch defender.

The current Saints boss has shipped Hoedt out on-loan twice since arriving at Southampton, with the 25-year-old defender currently in Belgium for the season after failing to impress Hasenhuttl.